Top Of The Morning To You 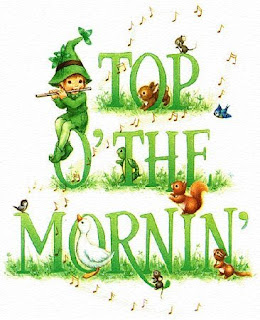 A petrol station owner in Dublin was trying to increase his sales.

Soon Paddy pulled in, filled his tank, and asked for his free sex.
The owner told him to pick a number from 1 to 10.

If he guessed correctly, he would get his free sex.

Paddy guessed 8, and the proprietor said,
'You were close. The number was 7. Sorry. No sex this time.'

A week later, Paddy, along with his friend Mick, pulled in for another fill-up. Again he asked for his free sex.

The proprietor again gave him the same story, and asked him to guess the correct number.

You were close, but no free sex this time.'

As they were driving away, Mick said to Paddy,

'I think that game is rigged and he doesn't really give away free sex.'

Paddy replied, 'No it ain't, Mick. It's not rigged at all at all.

My wife won twice last week.'
Posted by The Joker at 2:34 AM